SharePoint as a net add 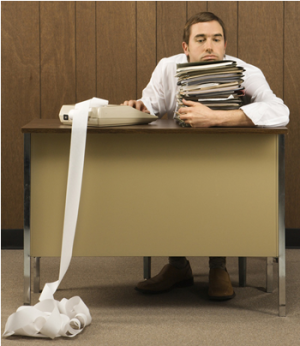 When SharePoint is an additional tool instead of a replacement for an old tool, adoption can be tough.

Most of us are heads down, just trying to get through the day, so we greet new things with skepticism and disinterest. SharePoint might be worthy of investing some time, but that’s the one thing an employee has little of.

Make time for adoption by replacing old tasks, processes, or systems with new ones.

For example, traction on SharePoint’s social media tools before Yammer was slow and in the SMB space, nearly non-existent. It was seen by SMB as an extravagance only for the enterprise, or at least only useful for companies with enough employees to get critical mass with only a small percentage embracing it.

The trouble, really, was that SharePoint as a Social Media tool was a new thing, and not a replacement of an old thing.  By using Social Media, employees didn’t stop using something else.

The question, “What do I use this for” really meant, “What can I stop doing if I start doing this?”

The fastest way to get users’ attention is to take something away. At best you’ll get a tepid response to the announcement that SharePoint is available for anyone who wants to wander over and try it. Only a few people will show up to that demonstration.

Try saying, “The File Share is going away on Friday. Come to the meeting Wednesday to learn how to find your documents.” The entire company will be at the door. Taking something away creates the interest.

We often recommend a 4 step process to adopting SharePoint for Document Management.

The important steps (besides training and testing) are the steps in which something is taken away. SharePoint replaces something instead of being a net new.